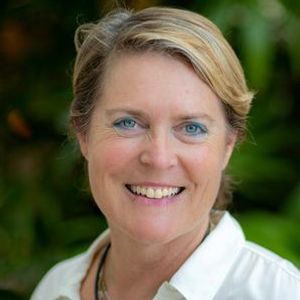 Alisa is a world traveler, author, professional experience maker and confidence coach. Alisa's book "Boost Your Confidence Through Motorcycling: A Woman's Guide to Being Your Best Self On and Off the Bike" became an Amazon.com #1 Bestseller. In 2019 Alisa was named a Dealernews Top 100 Leader in Powersports and was also named to the Women Riders Now Leadership Board. Alisa’s personal mission is to support and empower other riders, particularly women, to be their best selves on and off the bike. 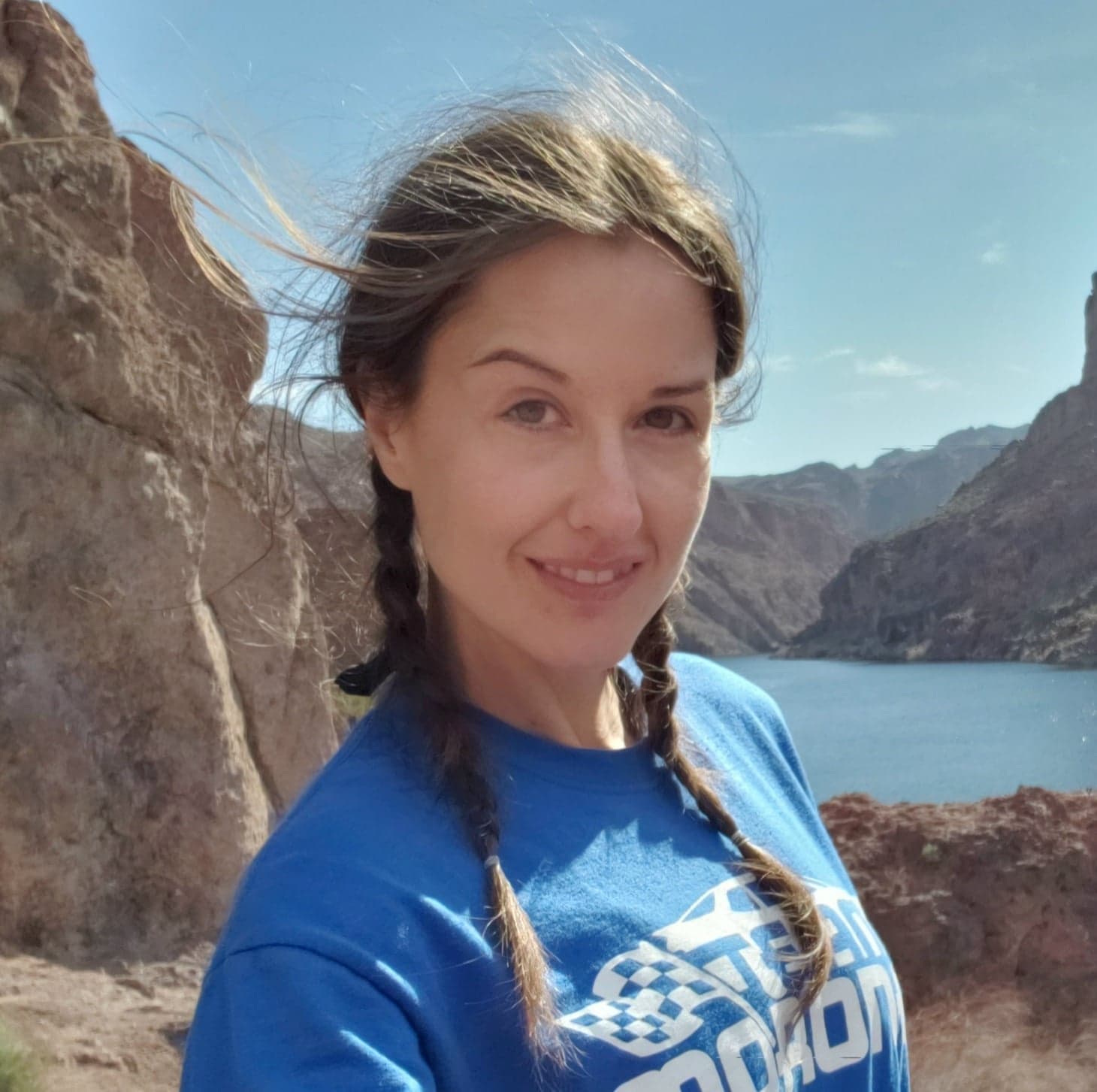 Came back to motorcycling after a life-alering crash.

After having her mental world shattered in a head-on collision with another motorcyclist that crossed into her lane in 2008, it has taken years for Lori to regain the confidence and trust she lost that day, Lori has finally made her way back to motorcycling, something she thought she had walked away from forever. 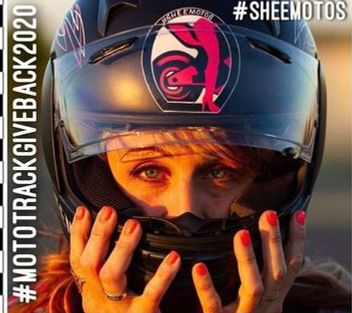 Shiree’s passion is to help other women recovering from trauma-induced PTSD.

Shiree ‘vol’Cano’s passion is to help other women recovering from trauma induced PTSD. She sustained severe injuries in a car accident that also took her husband's life just 3 weeks after their wedding. For Shiree, finding road racing was the “therapy” that worked for her and could help other women with PTSD. She started a 501c3 nonprofit for women's PTSD recovery called #sheemotos. 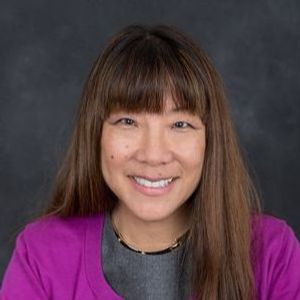 Designer of gear that is both functional and fashionable.

An adventure lover with a career in the high tech industry, Debra Chin founded MotoChic® after discovering the joys of motorcycling and being unable to find gear for women that is functional and fashionable. It all started with an idea and a Kickstarter campaign. Debra was inspired by style icon and motorcyclist Lauren Hutton to create her first product, the Lauren bag. 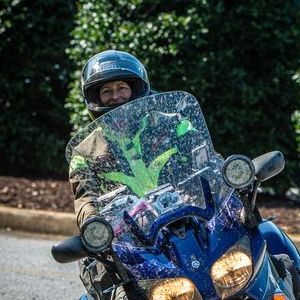 Wendy is a factory-trained motorcycle technician with two decades of experience, the owner of a busy motorcycle shop, and an enthusiastic two-wheeled adventurer. Her greatest joy is long distance motorcycle riding, and after a decade of endurance competitions she recently became the first woman ever to win the 11-day, 11,000+ mile Iron Butt Rally. She loves to share stories of success and failure, trial and error, and how everyone can apply these hard-won lessons to improve the safety and enjoyment of their ride regardless of how far your journey takes you. 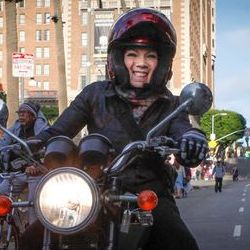 The Motorcyclist community welcomed Gigi into a culture that looks after each other and inspires one and other, but she felt something was missing. Gigi desigsn motorcycle apparel for women moto-enthusiasts. Her motorcycle defines the power within her and Gigi Montrose defines her style. She's worked tirelessly to bring new products and innovation into the market for women motorcyclists that I am proud to be launching soon. 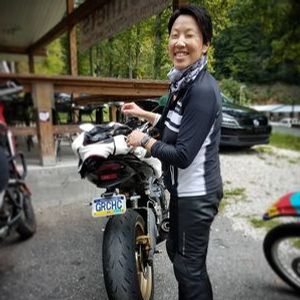 With over 15 years of riding and gear expertise and experience, Joanne Donn is here to share everything she's seen and learned in the women's motorcycle apparel industry. 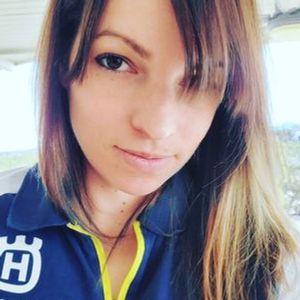 20 years of riding and 10 years of industry experience under her belt.

Jen Dunstan has 20 years of riding experience, and over 10 years in the industry. Jen is a co-founder of the nation’s largest women’s only charity trackday, Femmewalla. Her on-track activities include racing with the United States Classic Racing Association and Chuckwalla Valley Motorcycle Association. Her motorcycle industry resume includes working for Dainese, Troy Lee Designs, Thor MX, Alta Motors, and Sena, and she is currently a District Sales Manager for Husqvarna Motorcycles USA. 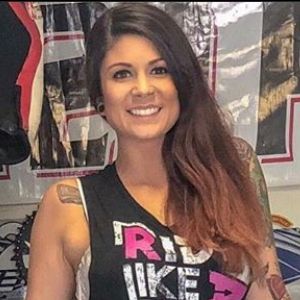 Lost her leg in a motorcycle accident in 2015, and now rides even better than before.

Brittany lost her leg in a motorcycle accident on August 12, 2015. She received a prosthetic leg in November of 2017. She was determined to get back on a motorcycle and did not let her disability stop her from achieving her goals. She is a very active amputee, a better rider now than she ever thought she could be, both physically and mentally. 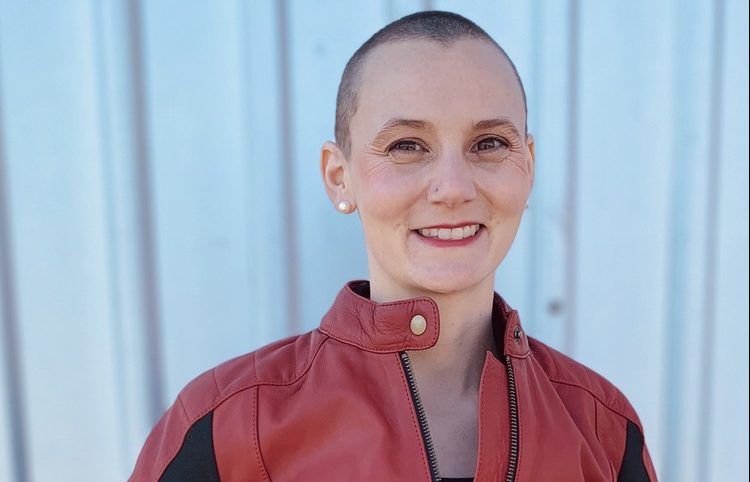 Karleen is a fashion designer with over a decade of experience. She loves motorcycles! Raven Rova is the culmination of her mission to empower women through fashion. Karleen designs CE-rated gear for women sizes 6-22. Karleen has survived a crash and a life-long battle with an autoimmune condition. For her, suiting up and getting back in the saddle is worth it. 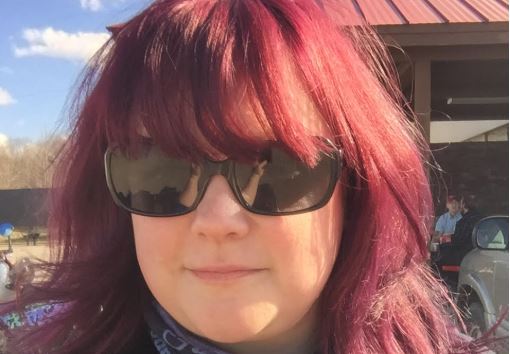 An Eastern Kentucky Appalachian native, Jennifer has been riding motorcycles for over 25 years. She followed her heart to study literature and is academically obsessed with folklore and psychology. Sharing thoughtful techniques on how to leverage motorcycling experience to uncover strengths and overcome difficulties, Jennifer loves to support riders. She currently manages a communications team for a global white goods company. 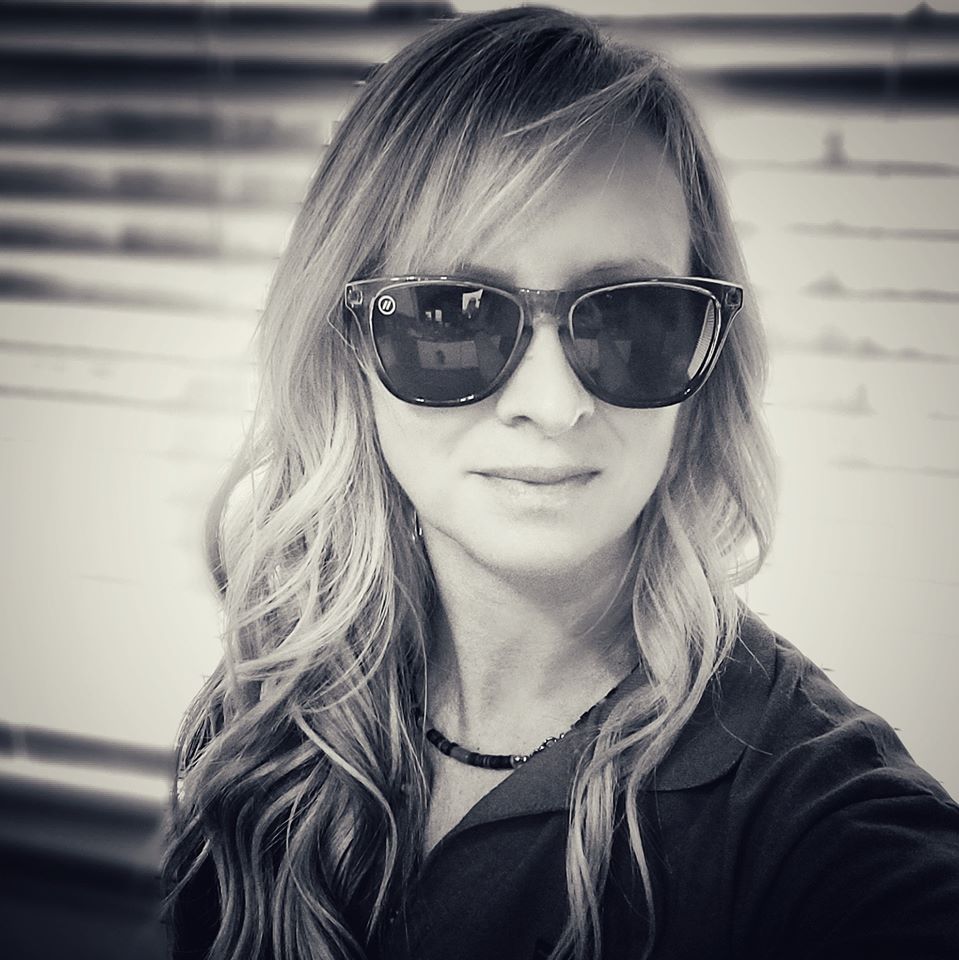 Avid rider who has gone from street, to track, to racing.

AJ is an avid rider who has gone from street, to track, to racing. She loves learning and helping others learn, with a focus on skill sets that could advance to track and/or racing. She has instructed basic rider courses and coached newer racers, while continuously pursuing her own moto education. AJ is an active street rider with over 150,000 miles under her belt. 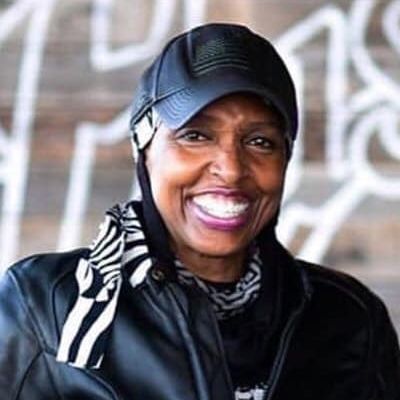 An African-American motivator momma who breaks all stereotypes.

Dee Jones aka Momma D is a momma who breaks all stereotypes. This 130lb, 6-foot-tall, post-menopausal, African-American motivator loves Country music, rides a motorcycle, and has no tattoos or piercings. She didn't straddle her own motorcycle until she was almost 41 years old. 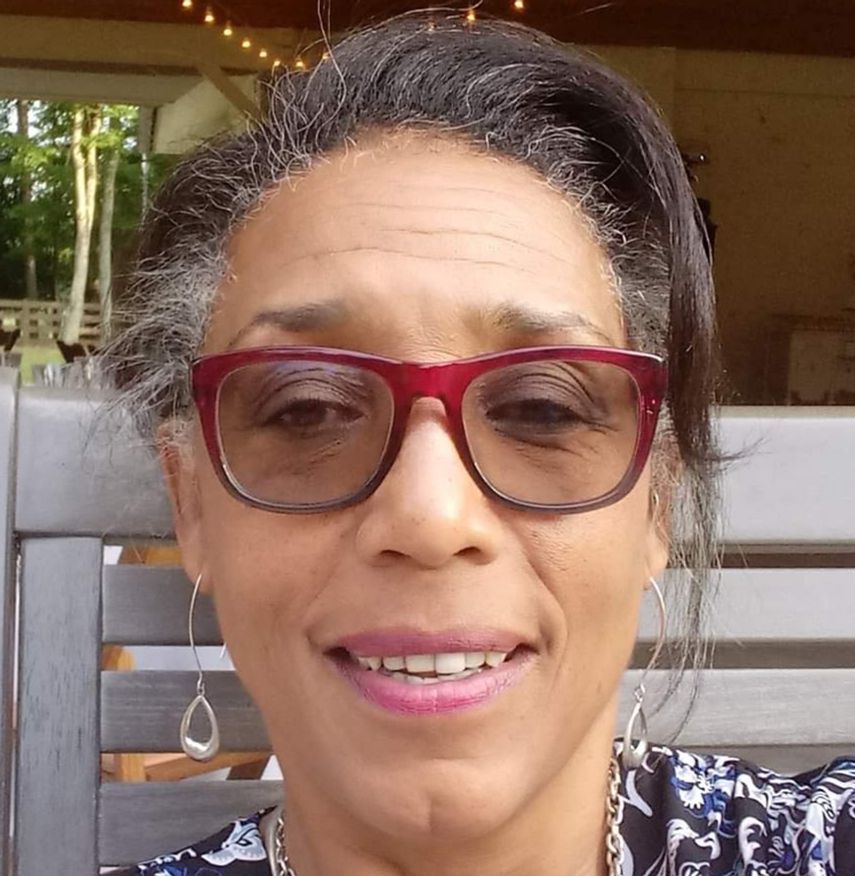 Margie is a Medical Microbiologist, infectious disease researcher, and college professor. She's been a motorcyclist for 34 years. Margie is a self-proclaimed "certified crazy woman." 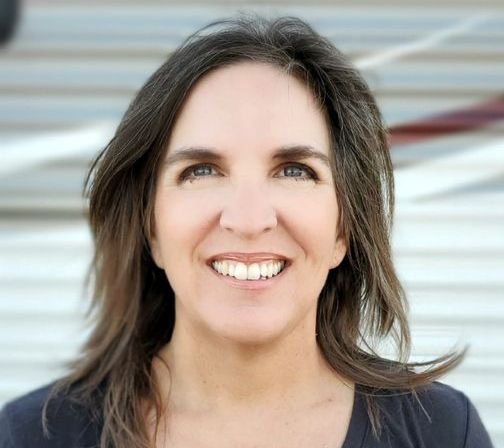 Founder of GirlRiders, a U.S. based full-time RV and moto traveler.

Katie McKay is a U.S. based full-time RV and moto traveler. She was the founder of GirlRiders, a community of female motorcycle riders for over a decade and the creator and publisher of Modern Moto, a magazine for women who ride. 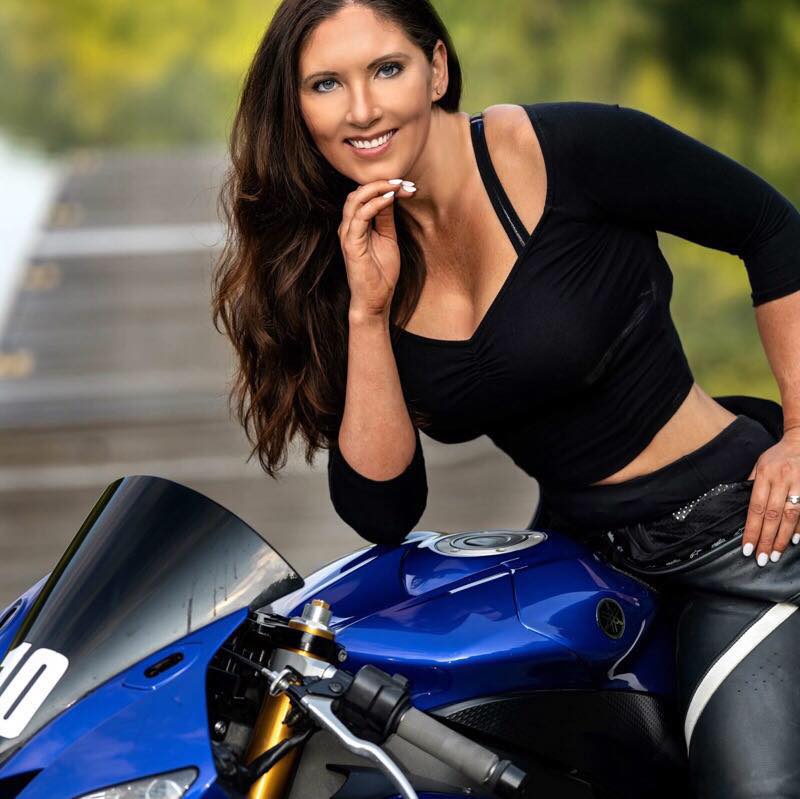 An avid road rider, track day addict and mini-bike racer.= who mentors others.

Sarah Merrell is an avid road rider, track day addict and mini-bike racer. She serves as the National Marketing Director for Women's Sportbike Rally and is the editor-at-large for Blue Ridge Motorcycling Magazine. She also runs a blog, leads group rides and mentors newer riders. 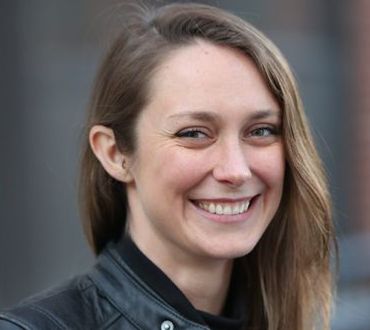 Organizer of The MotoSocial, the NY Chapter Head of the MissFires and emerging filmmaker.

In a few short years, Kirsten has become the Founder of both Engines for Change and Moto Market NYC, as well as an organizer of The MotoSocial New York City, the NY Chapter Head of the MissFires, and an emerging filmmaker. She is passionate about supporting fellow women riders, and she believes that motorcyclists can have a positive, life-altering impact on the world. 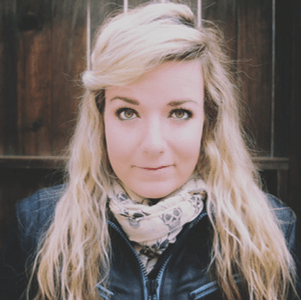 Brittany was involved in an accident as a motorcycle passenger and was left permanently injured and disfigured at just 20 years old. Since 2005, she has inspired millions to push beyond pain and fear to live a courageous life full of adventure. Brittany has curated a community of educated and conscious motorcyclists who choose to Rock the Gear. 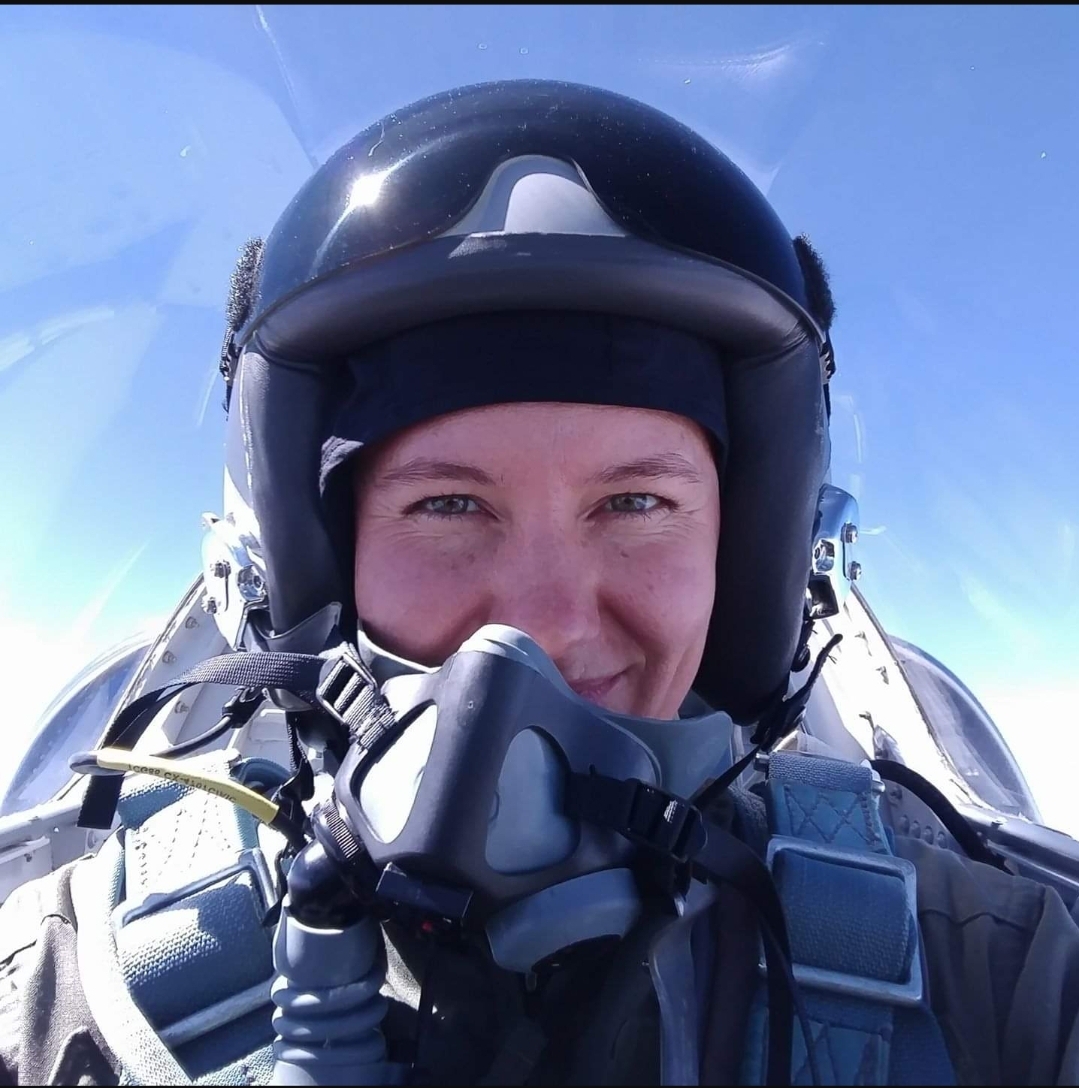 Built a motorcycle from parts she found in her yard and won the Women's Motorcycle Show!

Amy grew up on a 20-acre ranch where she learned if something broke you had to fix it yourself. She attended college for auto/collision, but dropped out after landing her dream job at a hot rod and customs shop. Her husband (a talented mechanic) introduced Amy (a dirt bike rider) to streetbikes and the rest is history. Amy is now an aerospace systems mechanic and composite tech. 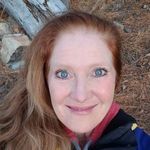 Her life is a book of inspiration and a guide to help those who need it.

Annemarie was born with Cystic Fibrosis and a life expectancy of 35 years (she's 53!). In 2012, she was hit by a car at work and was paralyzed. Since then, she has been battling her way back to full function, including riding her motorcycle again. 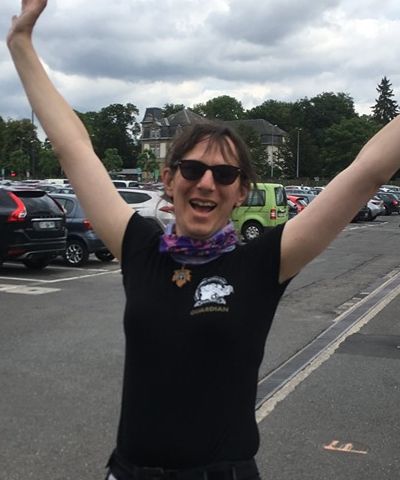 Four years ago, Laura, who is based in the UK, came out as a transgender woman.

4 years ago, Laura, who is based in the UK, came out as a transgender woman. 1.5 years ago, Laura returned to motorcycling after 9 years out of the saddle, and has fallen in love with the community. Laura participated on 2 different legs of the WRWR within her first year back on a bike. 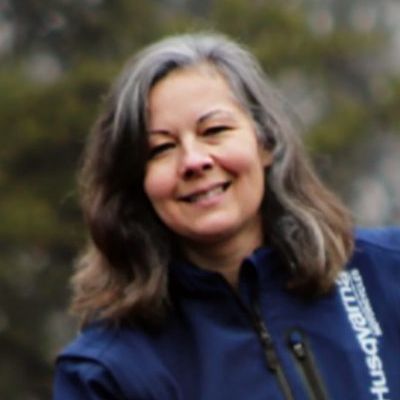 Helping women build their skill and confidence riding dirt bikes and on the track.

Dedicated to providing a less intimidating and fun atmosphere for women to build their skill and confidence riding dirt bikes and/or riding street bikes on the track. Marika is the Founder of Ruts to Racelines and hosts women-only weekend events. 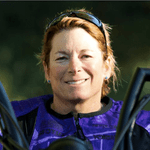 After 23 years with Kawasaki corporate and 2 years with the Motorcycle Industry Council, Jan launched a second career as a motorcycle industry recruiter. She has been recruiting for 7+ years and has owned her own firm for 4 years. Jan recruits for a variety of clients from coast to coast including metric, Euro and Harley-Davidson dealerships, as well as aftermarket companies and industry related service agencies. She also offers career coaching, career search guidance and resume advice or revisions. 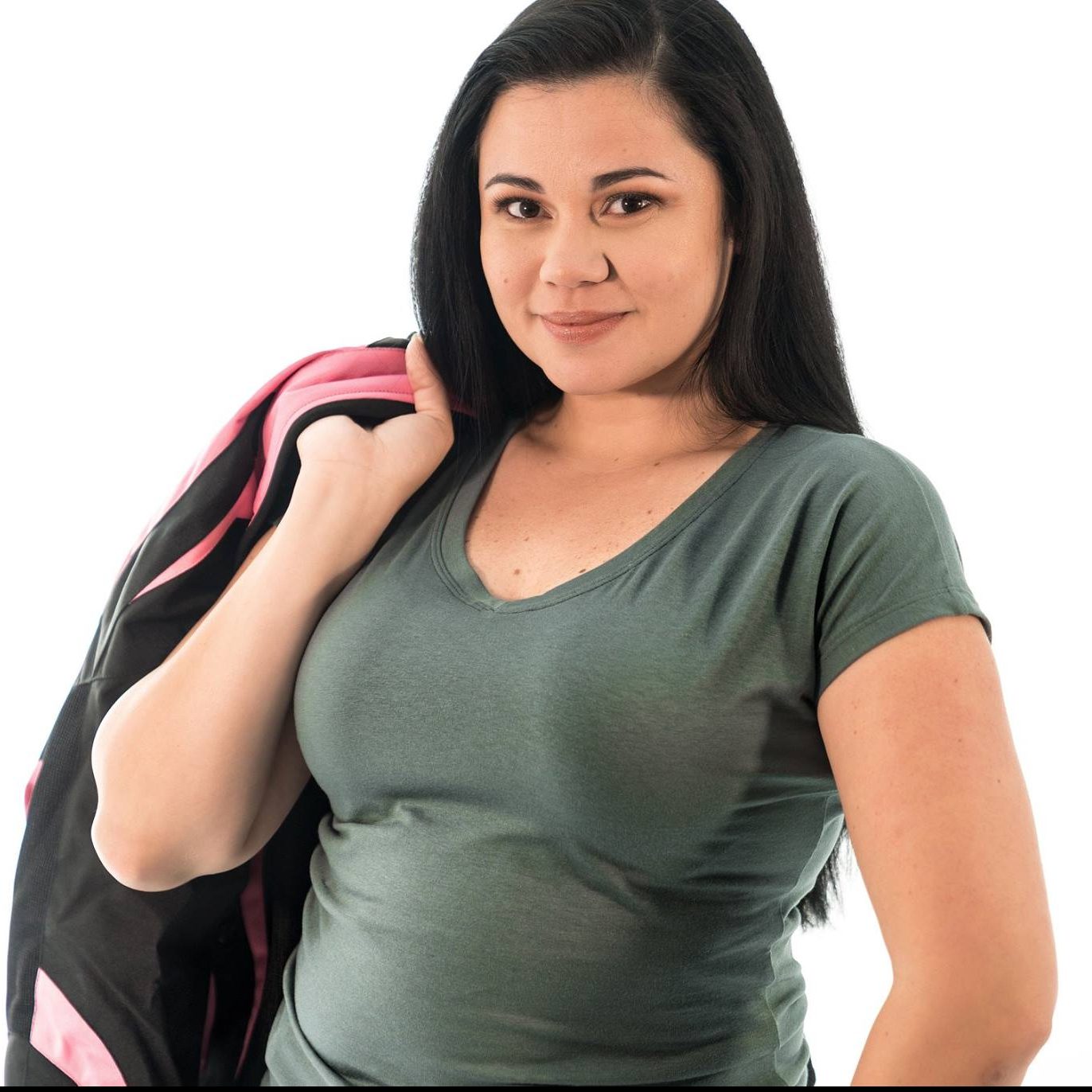 Left everything behind to chase her dreams free from the oppression of her native culture.

Hanan is a woman who comes from a male-dominated culture and religion. Had she remained in that life, she would have never been able to pursue her dreams. She got away from that life, leaving behind her family to start over and reinvent herself in a new country with a different culture and language and no support. She overcame cultural and religious restrictions to become the woman she wanted to be, which included a love for motorcycling. 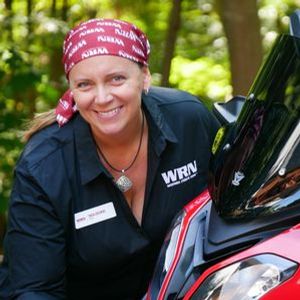 Hard-working editor who has written hundreds of stories for motorcycle publications.

Tricia has worked in the motorcycle publishing industry for more than 20 years, working full-time as the Creative Director and Staff Writer at TAM Communications, publisher of the best-selling motorcycle magazine on the newsstand, American Iron Magazine. She has written hundreds of stories for all of TAM's titles. She began sharing her stories and photos with WomenRidersNow.com (WRN) in 2014, and today heads up the editorial department. 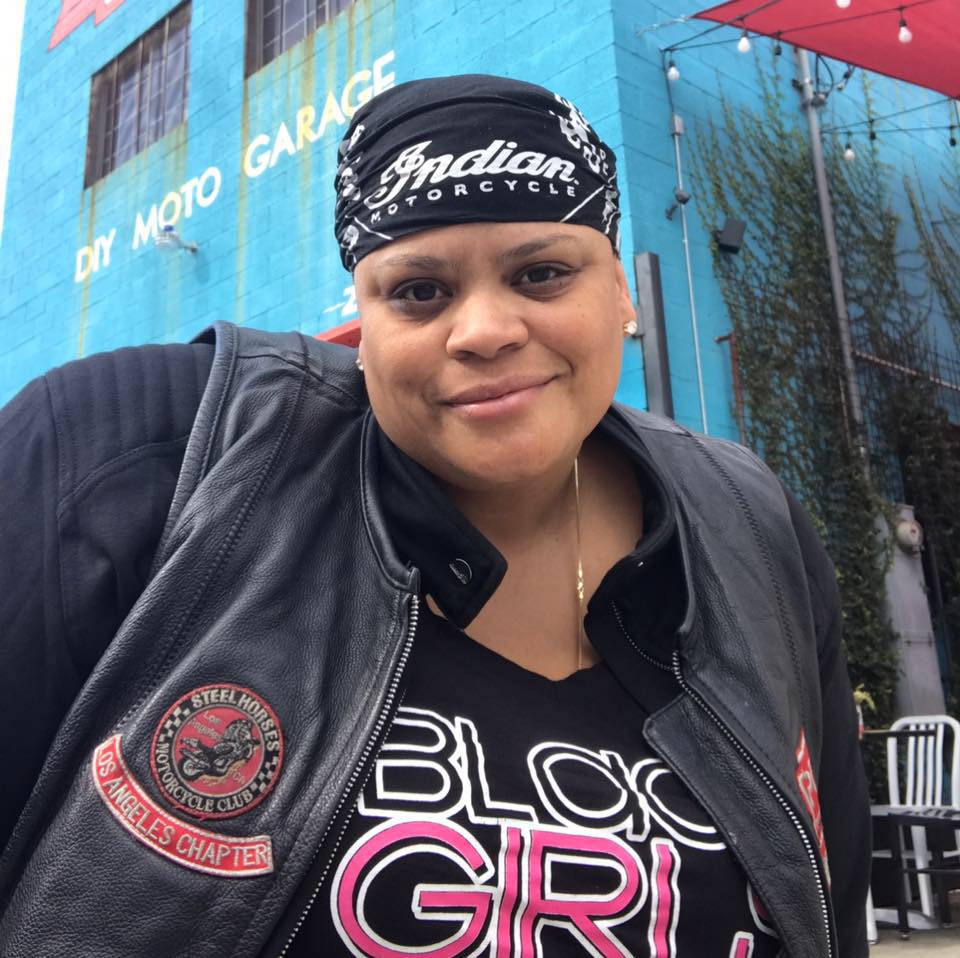 Left a dream job to blaze her own trail and follow her dream spporting African-American riders.

Porsche is a passionate and accomplished motorcycle rider, with a background in historical research. Recognizing the need for representation of women of color in motorsports, Porsche became the Founder and Publisher of Black Girls Ride Magazine. 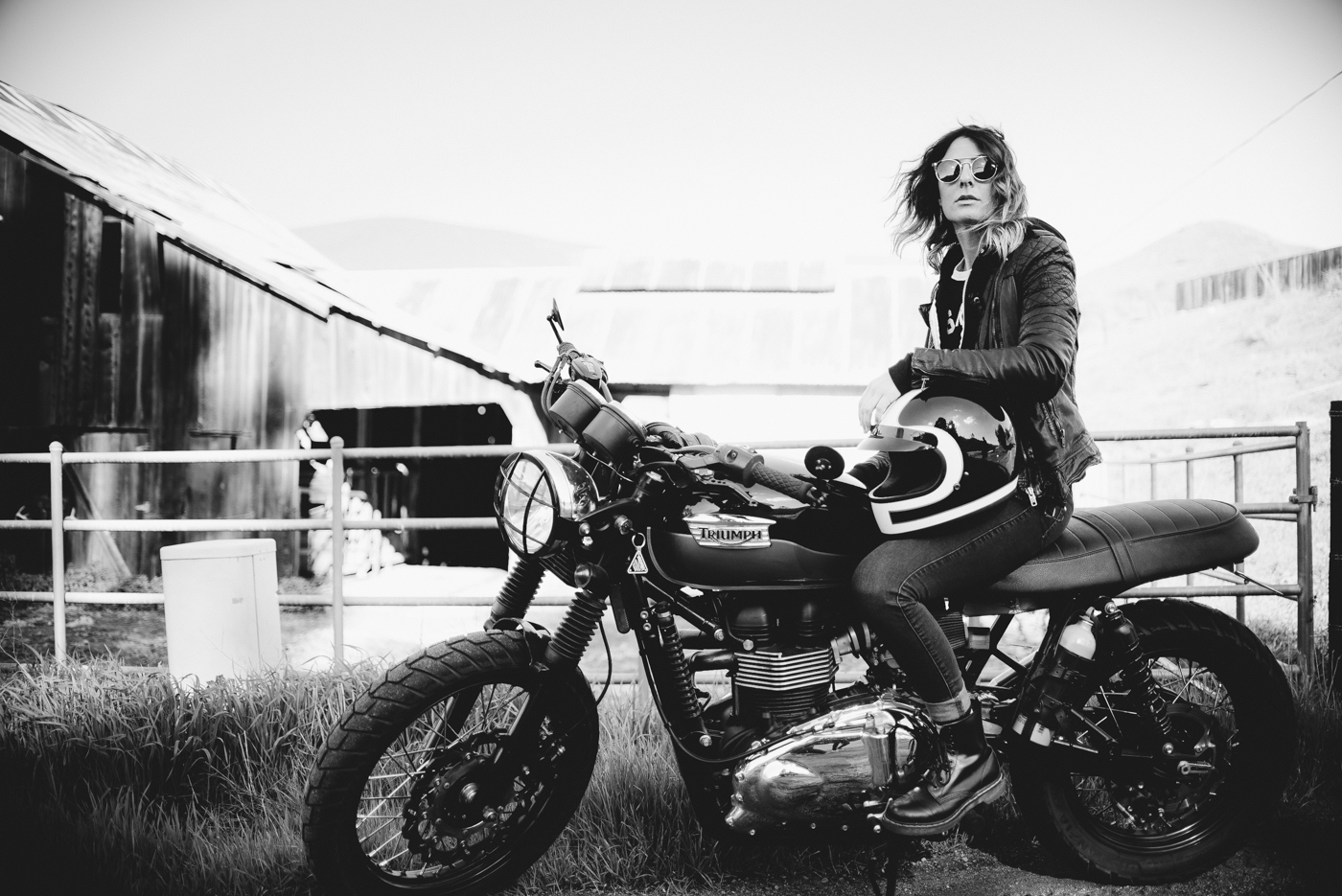 Passionate rider who curates amazing brands and communities from scratch.

Anya Violet is the Co-Founder and Brand Director of Atwyld, a women's motorcycle apparel line. She is also the Co-Founder of Babes Ride Out, the largest womens-only motorcycle campout in the world. Anya started riding motorcycles at the age of 7. After working as a fashion designer and director in the action sports industry for over 14 years, she is now able to combine her love of design with her love of motorcycles.

Gina Neely is an award-winning Television Host, Motivational Speaker, Brand Ambassador, and a New York Times Best-Selling Author. She burst onto the scene by starring in the hit show, “Down Home with the Neelys,” which was the highest-rated series debut in the history of The Food Network. The show aired for more than five seasons and instantly connected with viewers worldwide by showcasing Gina’s love for family, food, and the enjoyment of life.