After decades of banning women from riding motorbikes in public, Iran will finally allow women to race on a public track.

Women riding motorbikes in public has been banned for decades in Iran. But ever since she discovered it, Shafiei, has become the country’s most celebrated female motorcycle racer and leading activist to remove the ban. For the past three years she campaigned to persuade the Federation to allow women to have their own race. Her efforts paid off February 3 when she and 30 other women finally raced.
Read More HERE. 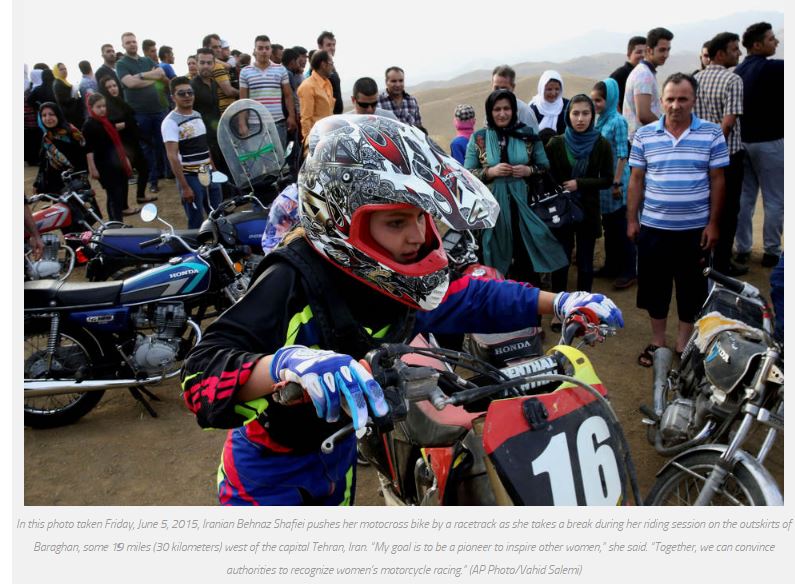